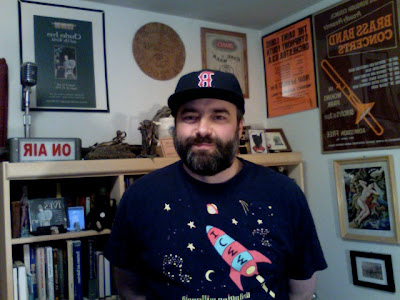 Being asked to provide some notes for the "Classics" issue of the WWUH program guide [and the WWUH Classical music website] I wondered how to approach this assignment. Having recently celebrated my 20th year anniversary as a volunteer here at WWUH I well remember submitting an article for the May/June 1992 issue which also featured the Classical Staff. Some things change and some things stay the same. Incredibly, that guide featured articles by among others, myself, Steve Petke, Keith Brown and Dwight Thurston, all of whom have been with the station and on the air continuously since that time. I joined the staff towards the end of 1987 and assumed the duties of host of Monday Classics, now called A Musical Odyssey, sometime between March and May of 1988. I can’t seem to locate the records of my very first program although I’m sure they are around somewhere.

Some random musical notes on my Musical Odyssey.

Back in fourth grade some musicians came in to our class to demonstrate their instruments so we could pick what we might like to play in band. The trombonist played "Lassus Trombone" by Henry Fillmore and I was hooked. I took up the trombone and stuck with it. It opened up the world of Duke Ellington, Maynard Ferguson and Stan Kenton. I remember hearing the brassy rock band Blood Sweat and Tears perform "Lucretia McEvil" during the Grammy Awards back in the sixties and I was hooked on them as well. I had the great experience of performing with my high school jazz band for real live gigs. We played for dances in church basements around the area, playing music of Tommy Dorsey and the big bands. We even got paid a small amount, even though we weren’t in the union!

Somehow in my high school days I began to be drawn toward Classical music. I once loved Tchaikovsky’s 1812 Overture and played it over and over again! I clearly remember the first time I heard Ravel's Bolero. My best friend at the time and I were in the back seat of a car returning from some Drum and Bugle Corps event. Even though it was played over a small car radio it captured our attention like nothing we’d ever heard before and drove us wild with its continuous build up. We practically jumped out of the car when the famous modulation hits towards the end, which is exactly how the piece is constructed to affect one. I still love the Ravel, but as for the other... Well if I never hear it again it will be too soon! And why is this celebration of a Russian Military victory still played so religiously at the celebration of our nation’s birth. It's time for a new piece.

So with my trombone, I was able to go off to college to study music. I ended up in St. Louis, Mo, which seemed almost like a foreign country to a dyed-in-the-wool easterner like myself. One day in the school library I found an old Columbia LP with a picture of the seated Lincoln at the Lincoln Memorial. It had a recording of Copland’s "Lincoln Portrait", but most importantly for me, a recording of the "Three Places in New England" of Charles Ives. To a homesick boy this title was too much to resist. It started a long journey of discovery of the music and writings of Ives. Reading Ives "Memos" as published by John Kirkpatrick was like water to a thirsty traveler. His writings and music touch something deep inside.

Through the study of Ives I came upon so many other names. I came upon the name of Bernard Herrmann, which led me on a path of exploration of Film Music. Finding an album of Herrmann film music was a revelation with its exploration of the dark side of life. There was the name Henry Bellamann, a writer and performer and early champion of Ives's music. He went on to write the novel "King’s Row" which was made into a movie, which had music by Erich Korngold.

Of course being a trombonist lead me to play in bands - in band concerts - in fact - in outdoor Summer Time Band Concerts. Actually playing in band in High School made several marks on my musical consciousness. I would rail at my teacher for playing the same arrangements of popular tunes and show medleys. "Don’t people want to hear something different?" I would say. Of course they didn't. The some old was good enough. Something I still fight today in my Musical Odyssey.

Secondly, although playing the "Theme from Rocky" was a lot of fun, there was a different kind of music we played in band once in a while, which really excited my curiosity. For instance, Vaughan Williams "English Folksong Suite" or arrangements of Bach organ toccatas and fugues. This was musical food feeding the beginnings of a musical odyssey which is still in progress.

Well I don't make my living in music today. However, I don't regret my musical travels either. It was my move to St. Louis which put me into the path of Jane Seiferth, my beautiful wife of 25 years. My musical curiosity remains stronger than ever. It causes me to continually add to my overgrown CD collection and helps to set up the programming on A Musical Odyssey, Classical Music for Monday Evening on WWUH Radio.

Thanks for listening all these years and please keep the dial tuned to 91.3 F.M. WWUH

Keith Barrett a.k.a. Drake the Bandmaster 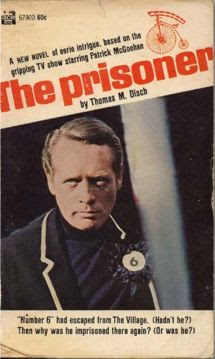